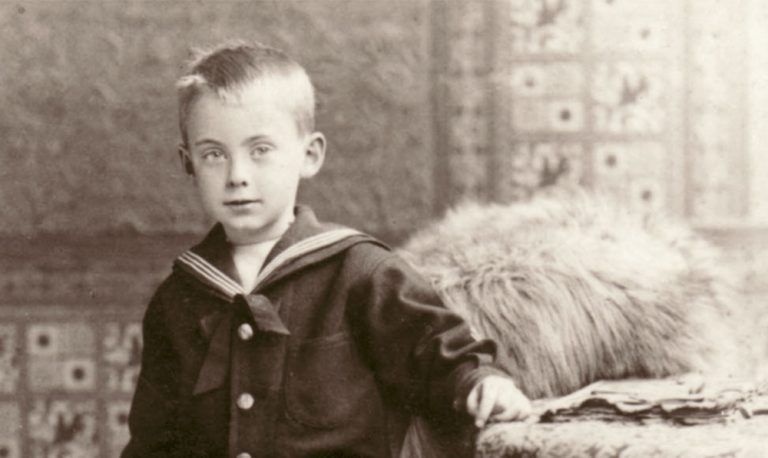 Henry Fredrick Stanley Morgan, the founder of the company he managed for nearly 50 years, was born in August 1881 in the city of Moreton Jeffries, Herefordshire. 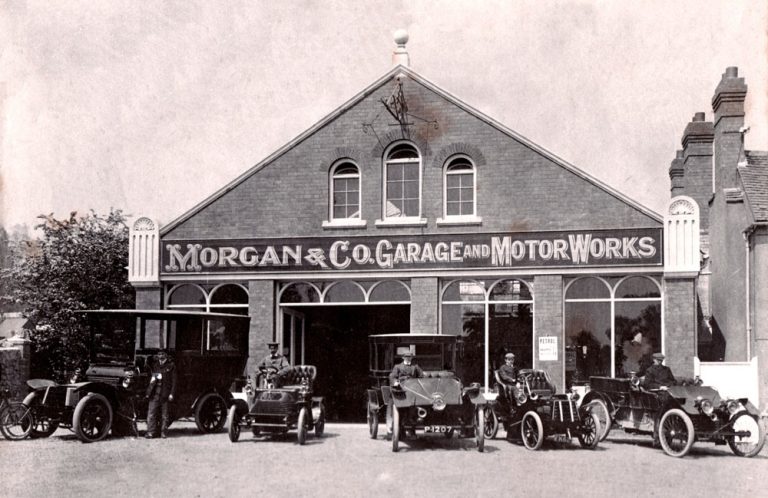 In May 1095, thanks to the support of his father, H.F.S acquired a house called Chestnut Villa in Malvern Link on Worcester Road, and built a small garage next to it. It was in this garage that, in order to meet the growing interest in motorization, the dealership of brands such as Darracq, Wolseley, Siddeley and Rover opened. Leslie Bacon became his business partner, while Alfie Hales was the head of the workshop. 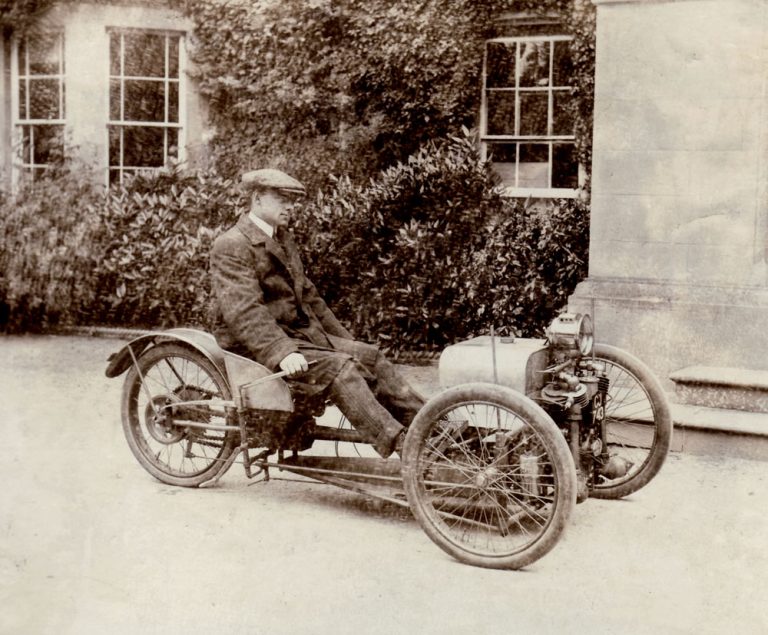 The birth of a legend

The success of the Morgan Motor Company has its foundation in the iconic Morgan Three Wheeler. This simple but brilliant design of H.F.S Morgan became one of the most popular light cars of the period. The concept of mounting a relatively powerful motorcycle engine on a light frame and body gave rise to a specific 'class' of cars referred to as 'Cyclecar'.

The prototype was built in 1909, it was a simple tricycle with a steel tubular frame, in which a Peugeot V2 engine with 7 HP was placed. One of his greatest strengths was the high power-to-weight ratio meant that this small car could embarrass many a larger machine. H.F.S. Morgan decided to start the production of this vehicle, his current partner Leslie Bacon, considered it too risky and withdrew from cooperation.

The first production Morganas were simple one-man vehicles. They did not have a steering wheel, only a tiller. There were two engine versions, single-cylinder with 4 hp and V2 with 8 hp. This car was named Runabout and was presented to the public at the London Fair in November 1910.

Although the car aroused interest, only a few were sold, mainly due to the lack of a two-seater version and an old-fashioned steering system. Regardless, H.F.S. Morgan started his car in the race from London to Exeter, thus winning the race by opening the chapter of the sporting history of the brand. 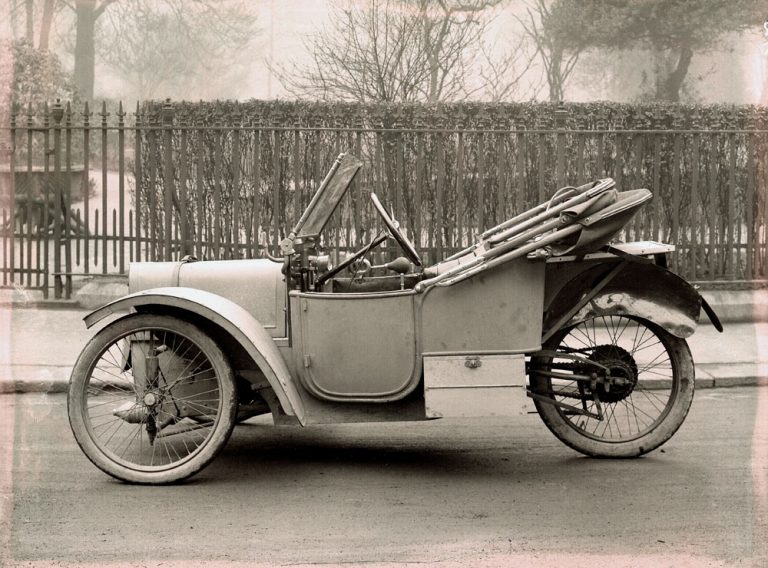 Observing the interest that the new model aroused, Morgan followed market expectations. In 1911 a two-model Runabout was presented, this time with a steering wheel and covered with a bonnet. At the end of the year, the four-person version also completed the range. These changes translated into huge market success. 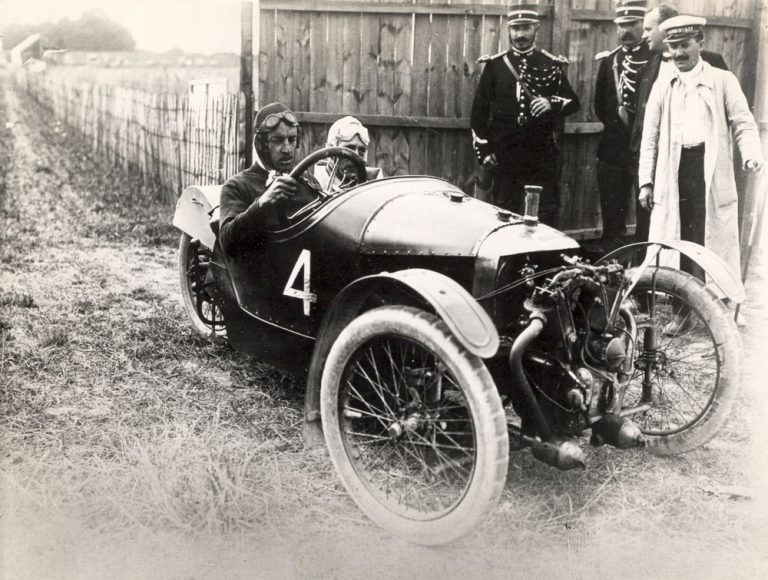 Cars produced by H.F.S Morgan have been successful in many races. One of the biggest successes was the victory of W.G. McMinnies at the International Grand Prix in Amiens, France. McMinnies was the editor of the Cyclecar magazine, which resulted in his victory being widely publicized, with which the number of orders increased. 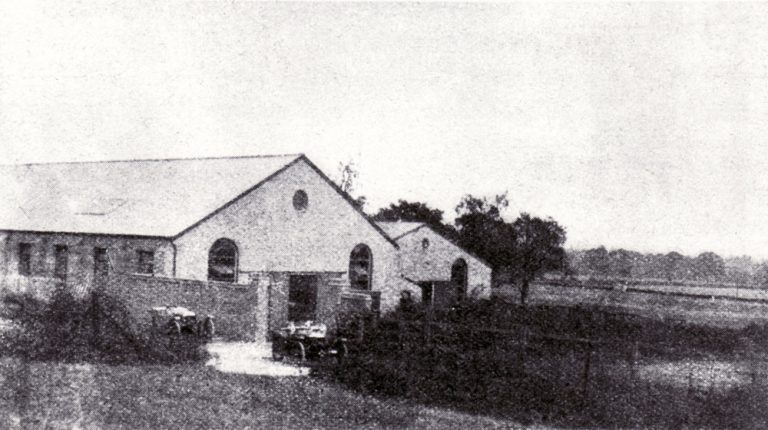 The growing number of orders meant that the existing garage turned out to be insufficient. That is why in December 1913 H.F.S. bought a plot of land at Pickersleigh Road in Malvern Link from Earl Beauchamp. In the summer of 1914, two large workshops were erected there. Further expansion was stopped by the outbreak of the First World War. 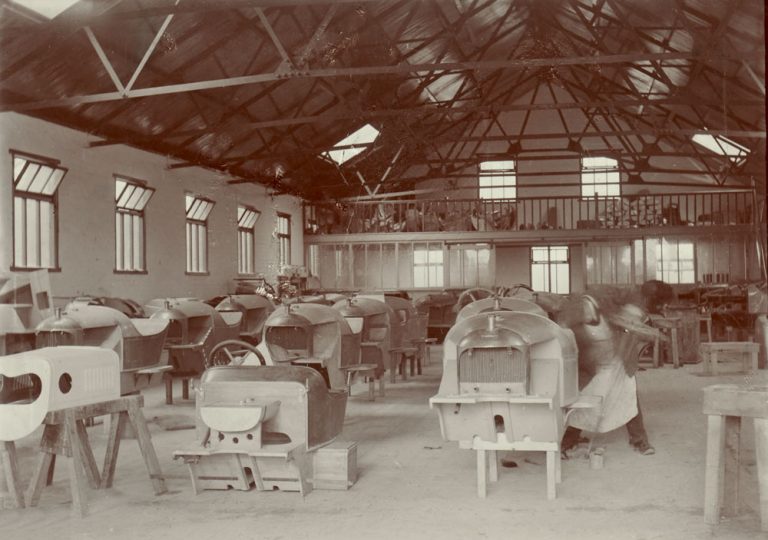 After the war, production was quickly resumed. further investments were also made and, along with two existing workshops, construction of two more was started. The cornerstone was laid by Harry Morgan's eldest daughter - Sylvia. The opening of the new workshop took place on October 16, 1919. On November 3, Peter Morgan, the only boy of five children who had Harry and Ruth Morgan, was born. 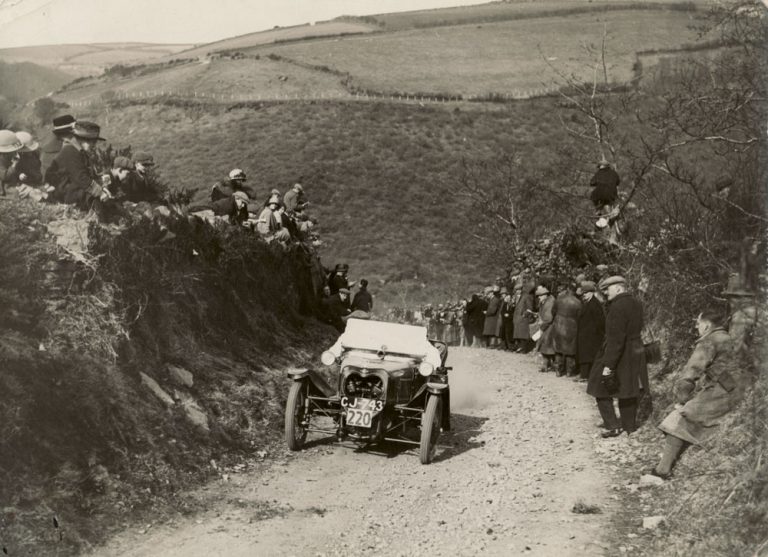 In the 1920s, Morgan continued his successes in various endurance races and races, including the legendary Brooklands circuit. These successes influenced the perception of the Morgan as reliable machines, which translated into their commercial success also in the continental part of Europe. 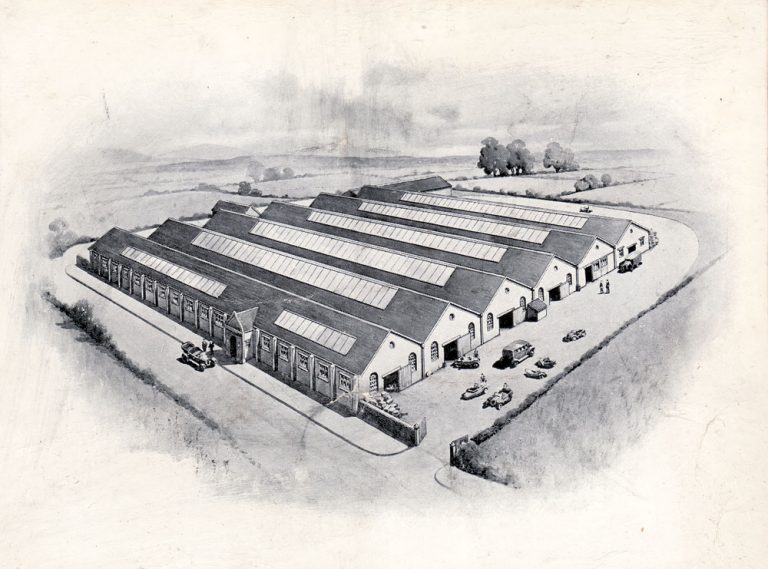 The above figure from 1925 shows how the factory has expanded to include another two workshop halls. In 1931 another hall joined them. 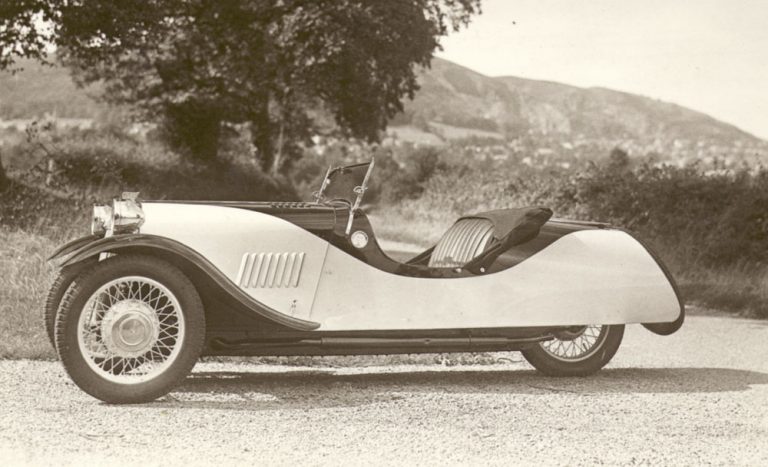 In 1933 Morgan introduced a new model. Type F was equipped with a Ford engine, initially produced in a four-person version (F4), with time the range of models was supplemented by a two-person version (F2). The car was very well received on the market, becoming one of the most popular tricycles ever made. 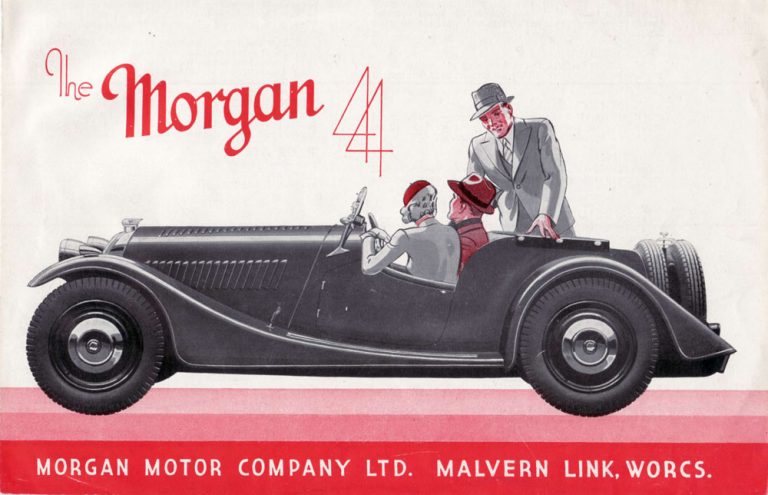 In 1936, Morgan presented a groundbreaking model at the London and Paris fairs. Morgan 4/4, the name symbolized four wheels and four cylinders. The car has a steel frame. The body structure was based on a wooden frame made of ash. This combination resulted in high strength combined with the low weight required in a sports car. The four-seater version and the coupe quickly joined the roadster version. 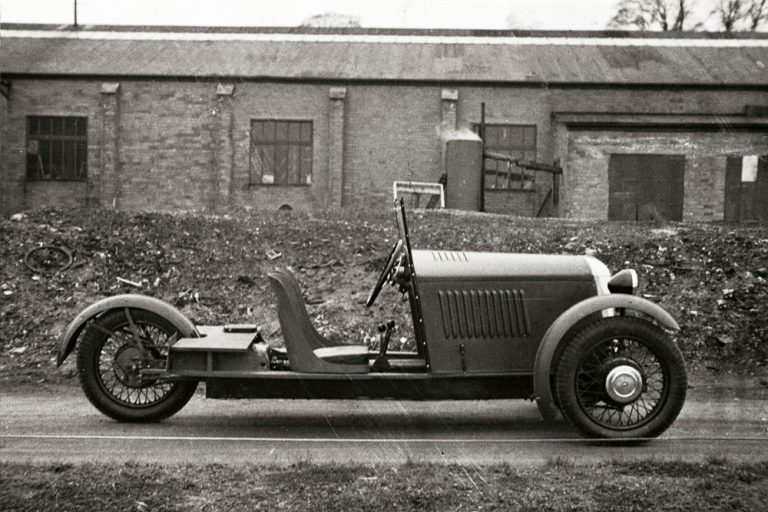 During World War II, car production was stopped. There was only a repair shop and spare parts department. The remaining Hale were seized by the Aero Engines division of Stanford Motor Company.

After the end of hostilities, production resumed, and spare parts were assembled from the last twelve two-cylinder tricycles. The last tricycle left the factory in 1953. 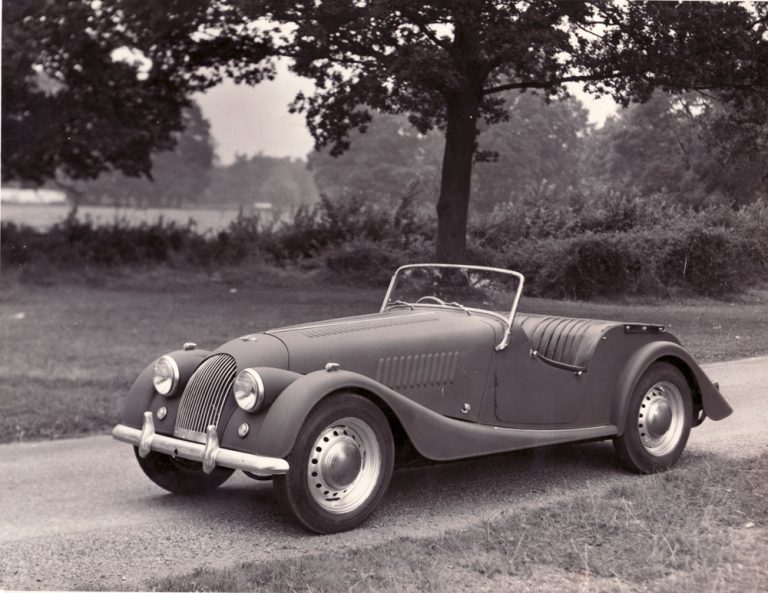 Due to changes in the engine supplier, Morgan faced the need to use a new power unit in his quadricycle. In 1949, a prototype with a 1.8-liter Standard Vanguard engine was created. In 1950 the car went into production, finally powered by a Vanguard 2088 cm3 unit with 68 HP. The high power-to-weight ratio by contemporary standards translated into sporting success. In 1954, the pre-war structure was modernized to improve aerodynamics, the radiator was hidden under the bonnet, thanks to which the front of the car took on the shapes known to this day. 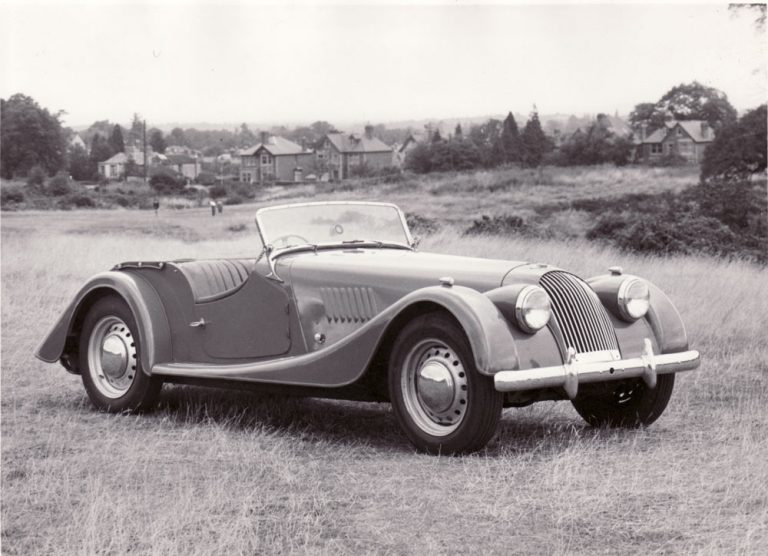 In 1955 a new version of the 4/4 model was presented. The car had a similar design to Plus 4, but had a smaller Ford engine. This model was addressed to people who value style with less financial possibilities. 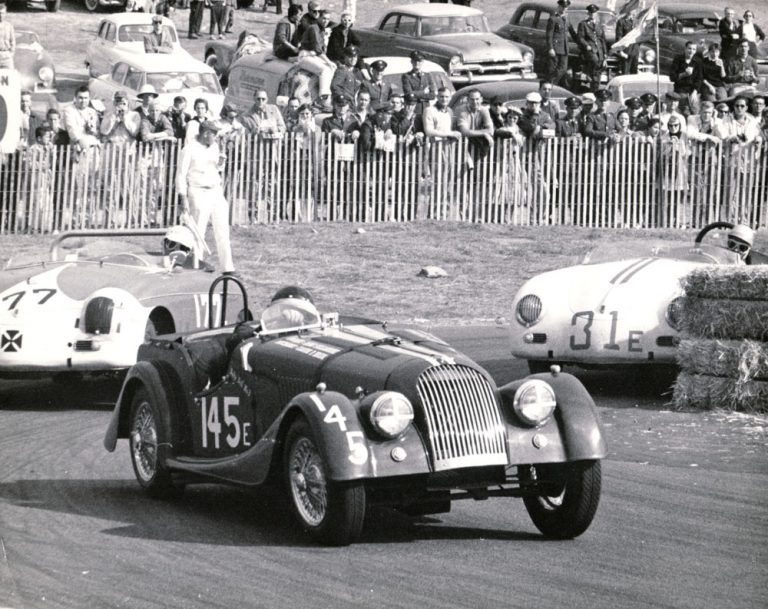 In 1956, the Plus Four model received a new engine, generating 100 hp. Combined with the low weight thanks to the aluminum body, this car had great racing potential. Lew Spencer used this potential, triumphing repeatedly in competitions organized in the USA by the Sports Car Club of America (SCCA). His modified Morganas received the affectionate nickname 'Baby Doll'. 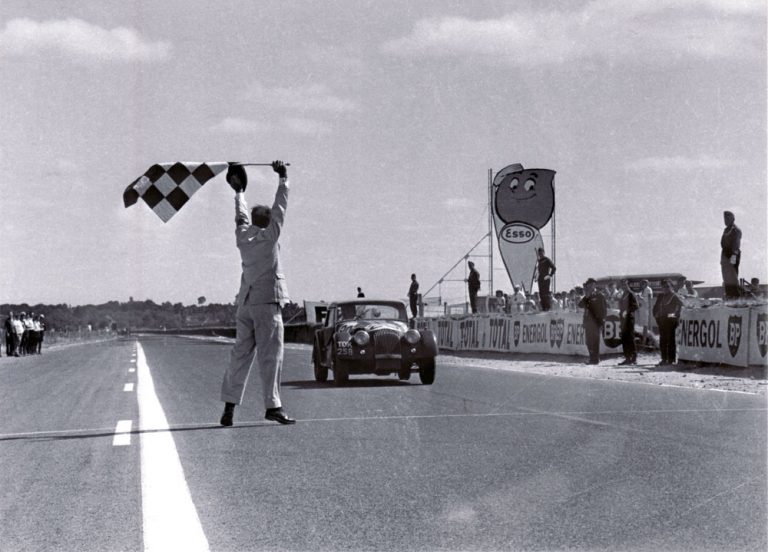 In 1962 Morgan Plus Four prepared by Christopher Lawrence in cooperation with the factory, managed to win the class up to 2 liters in one of the most demanding races in the world - Le Mans 24h. His registration number TOK258 became synonymous with this success, and its main authors were the aforementioned Lawrence, the wheel was shared with him by Richard Sheppard-Baron. After the race, the car returned to England on its own wheels. 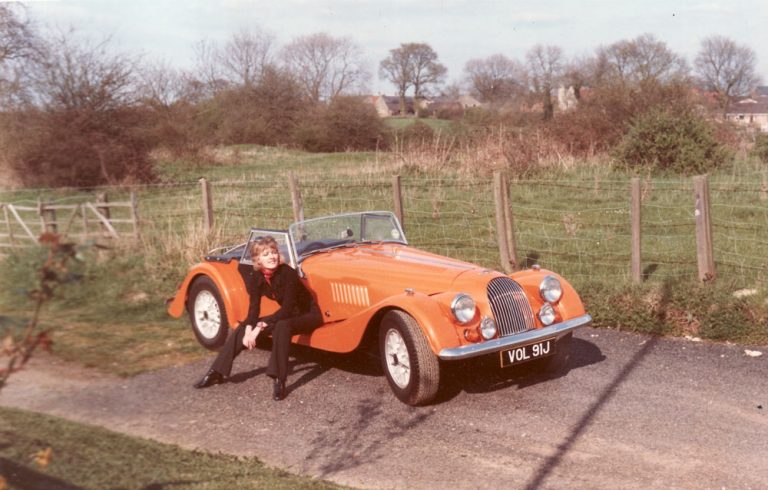 In the second half of the 1960s, Morgan began looking for a new engine. Rover's propulsion unit - V8 appeared on the horizon. The task of introducing the new model and its development fell to Mauric Owen. The Plus 8 model was announced publicly in 1968. 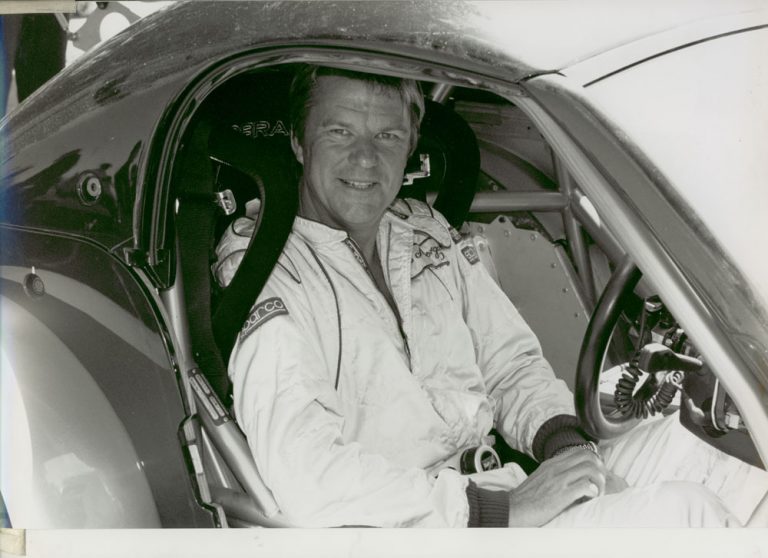 In 1985, the founder's grandson Charles Morgan joined the company full-time.

Already at the turn of the 1980s and 1990s, the company looked favorably at the greater use of aluminum in its models, which resulted in a special version of the racing Plus 8 model with an aluminum frame. 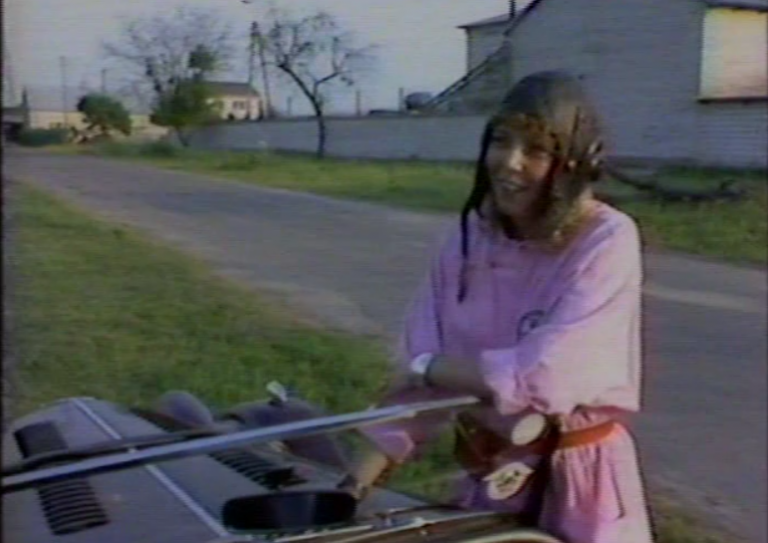 In the 1980s, thanks to Kathi Hoffman, an American whose husband worked at an American school in Warsaw, Morgana Plus 4 could be found on our roads. Kathi also established the first official Morgana club in Poland, and organized a rally in 1984. In 2019, new club has been created in Poland. 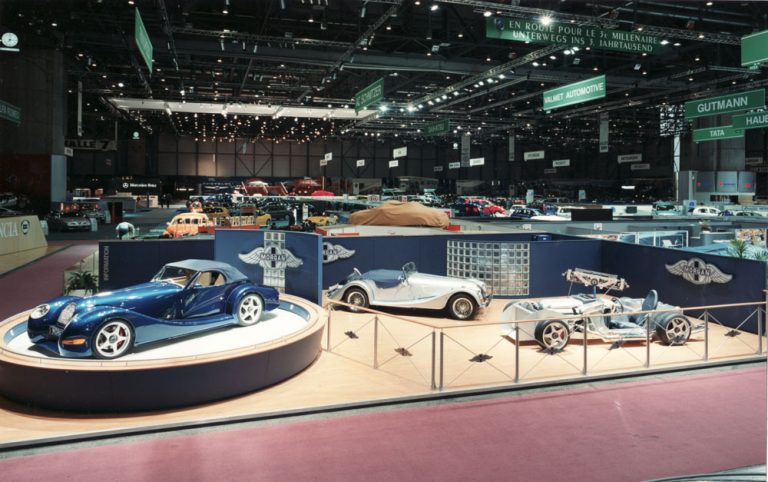 Experiences with the aluminum Plus 8 have confirmed that the classic body line has its limitations in aerodynamics. The decision was made to develop a completely new model. Charles Morgan invited Chris Lawrence to work on him, known for his success at Le Mans. Work on the car lasted 5 years and their effect was presented to the public at the Geneva Motor Show in 2000. It had an aluminum frame, also the body was made of this material, traditionally mounted on a wooden frame of the body. The bonnet has a BMW V8 engine with a capacity of 4.4 L. 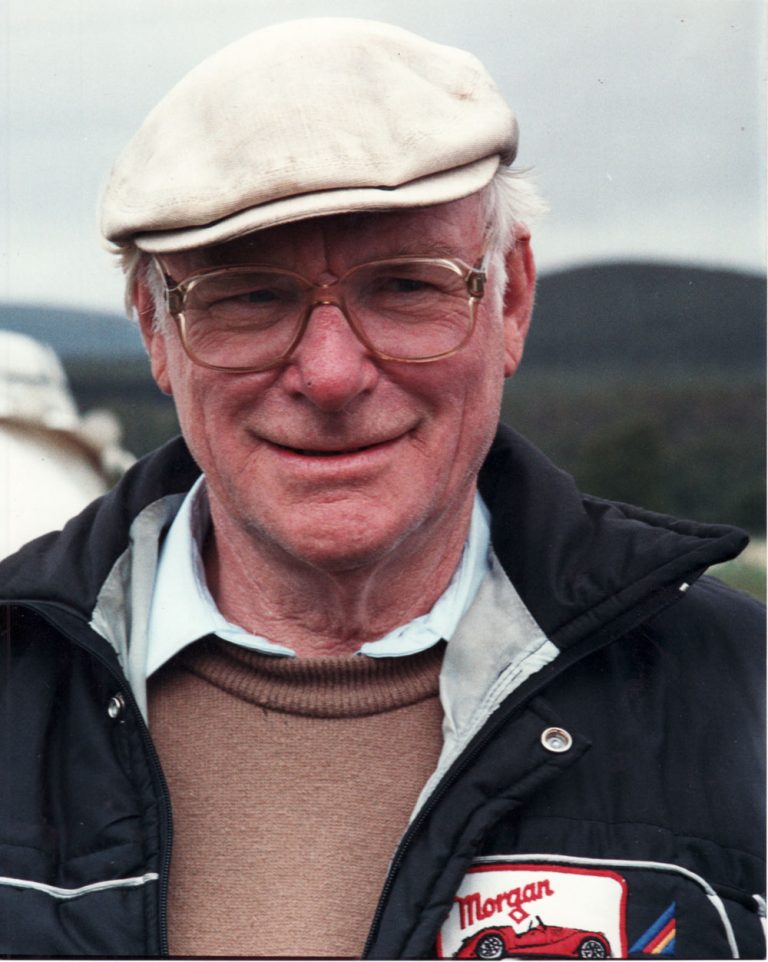 In 2003, the company and the entire Morgan community were saddened by information about the death of Peter Morgan. For many years the head of the company to which he devoted his life. At the end of 2017, our dealership was officially opened in Janikowo near Poznań. 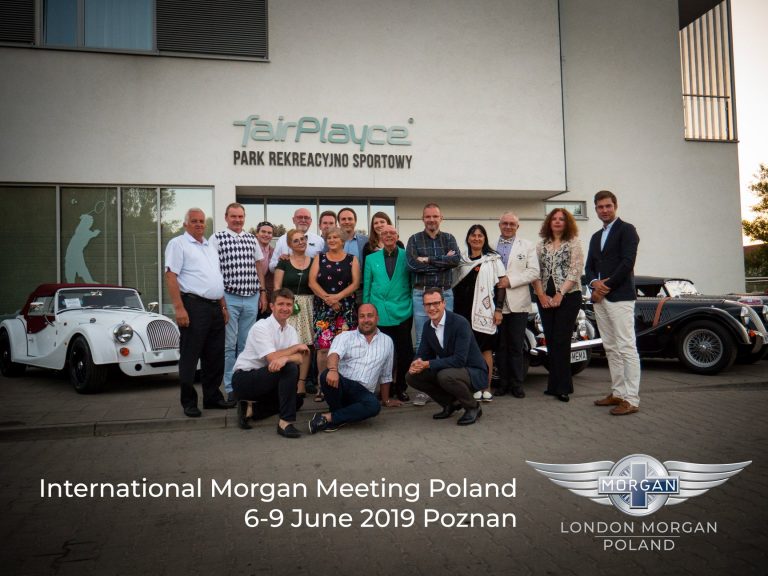 In July 2019, we organized the first International Morgan Meeting in Poland since the time of Kathi Hoffman.

The official Polish Morgan Motors store and BC-Garage is run by the company: